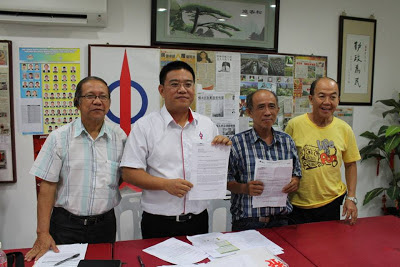 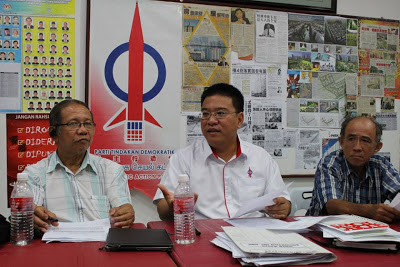 Air Itam assemblyman Wong Hon Wai questioned the sudden increment from the current RM48 (for capacities below 2.5m3) without any official announcement of justification by the national sewerage company.

“A resident from Lembah Ria, Air Itam, had complained about the matter after receiving a letter dated June 15 informing him of the new rates.

“I then contacted the state IWK office on Friday and a staff member confirmed the new charges as stipulated in the letter,” he told a press conference yesterday.

Wong questioned the sudden hike by IWK, a wholly-owned sewerage company under the Ministry of Finance Incorporated regulated by the National Water Services Commission (SPAN).

“A check on the SPAN website revealed that as of 2010, some 4.4 million people nationwide including 286,000 in Penang had engaged the services of IWK and private contractors for their pour flush toilets.

“We want IWK to explain the increment which will affect a lot of people,” he said, adding that the issue would be highlighted in the coming state assembly.

Storekeeper Tan Tee Yang, 61, a long-time resident of Lembah Ria was shocked upon receiving the letter.

“I usually engage the services of IWK once every two months and the sudden hike is ridiculous.”

He then showed the letter issued by IWK and a subsequent reply from the sewerage company that confirmed the new charges which also stated that residents can engage the services provided by registered contractors approved by SPAN.

A pour flush toilet is similar to a cistern flush toilet but instead of having water coming from the cistern above, it is poured by the user.

Since flushing is done manually, residents are required to seek desludging services also done manually by IWK to clean the tank.

The new rates are only applicable for those living in landed properties as residents in high-rise buildings such as flats are required to pay a different sum.
Posted by Wong Hon Wai at 11:58 AM